Bangalore To Anywhere Across India

Bangalore has been consistently rated among the most liveable cities in India. The dynamic metropolitan has gradually grown from the tag of ‘Pensioner’s paradise to the ‘Silicon Valley of India; Bangalore is India’s third largest city and the capital of Karnataka. Here are lots of interesting places in Bangalore which fascinate the people and tourists. Enjoy Tapscabs car rental services in Bangalore by making a quick and convenient online booking. From luxury to deluxe and budget, there’s a choice of Bangalore cab services to suit every pocket. Renowned as the Silicon Valley of India, Bangalore is frequented by a number of business travelers every year. It is a huge cosmopolitan city with declining green spaces and a huge working population. Whether you arrive in the city by a flight or by train, our convenient cab booking in Bangalore lets you board the cab right from your point of arrival. Visit Vidhana Soudha, Vikasa Soudha, Seshadari Iyer Memorial, Bengaluru Palace and Tipu Sultan’s Palace besides paying a visit to the Bul Temple, Maha Bodhi Society Temple, Maruthi Mandir, Banaswadi Hanuman Temple, ISKCON Hare Krishna Temple, DakshinaMukhy Nandeeshwara Temple and Gavi Gangadeshwara Cave Temple. Just book a cab in Bangalore and set out on one day for a temple tour of the city. There are also a number of beautiful lakes, a national park and botanical gardens for interested travelers to pay a visit to. For a shopping enthusiast the choice of brands in many a multi storied malls is sure to call for a joyous retreat. UB City and Vittal Mallya Road are classified as elite shopping areas and M.G Road/Brigade Road, Bannerghatta Road and Commercial Street follow in the league. Simply book cabs in Bangalore and you are all sorted for hop on hop off shopping experience to these shopping paradises. Bangalore also boasts of an exciting fine dining and nightlife scene and calls for a must experience on your visit here.

PLACES TO VISIT IN BANGALORE LOCAL:-

Inspired by the England’s Windsor Castle, this magnificent Bangalore Palace was built by Chamaraja Wodeyar in 1887. Constructed with the Tudor-style architecture and fortified towers, arches, green lawns and elegant woodcarvings in the interiors make its unique in its own self. With the royal family that still lives here, this magnificent palace is open for public to explore. With various kinds of memorabilia, family photos and portraits on display, this place is on the top on the list of must see places of Bangalore.

The most fascinating attraction for the art lovers is this National Gallery of Modern Art, on of the three that India houses. Housing the Colonial Mansion with garden settings and two interconnected wings, this Gallery is one of the best attractions of Bangalore. With the café on the corner makes it the best place one should visit in Bangalore.

Initially built by Chikkadeva Raya in mud, this beautiful Tipu Sultan Palace is located inside the Bangalore Fort area. Later reconstructed by Hyder Ali, this fort built in the Indo-Islamic Architectural Style. The construction was completed by the son of Hyder Ali, Tipu Sultan in 1791 and thereafter the palace was named after him.

Established by Hyder Ali in 1760, this magnificent garden served as a private Mughal Style Garden to the Royal Rulers of the City. Later the garden was extended by his son, Tipu Sultan. Named after the red roses that bloom in heavy numbers throughout the year, the garden also houses diverse species of plants. The main attraction of this garden is the Mesmerizing Glasshouse which was constructed in 1889 to commemorate the visit of the Prince of Wales.

Standing next to the famous Cubbon Park, Vidana Soudha is the Landmark of Bangalore and was built in 1954. Housing the Legislative Chamber of Karnataka Government, this beautiful building is a fine example of neo-Dravidian Architecture with four domes on its four corners.

Blessed with the magnificent views this alluring Ulsoor Lake is situated in the heart of the city. Built by the Kempe Gowde II, this is one of the best place in the city for the ones who wish to relax on their way back from the hectic work life. With activities such as boating, one shall have the best evening here.

Dedicated to the vahana of Lord Shiva, this Bull Temple of Bangalore houses a great mythological and religious significance. The famous Worship location of Bangalore city is the calm, peaceful and oldest shrines of the town built in the Dravidian Style of architecture, this temple was built during the ruling period of the founder of the city, Kempe Gowde. Apart from these attractions, as per the point of interests of Bangalore, once can opt for Bangalore Sightseeing Tour and explore one of the fastest growing cities of the world.

Tapscabs provide the taxi service for Bangalore local use in which the traveller who want to travel within the city or for local sightseeing within the city limit. Tapscabs car rental provide the cabs for full day (8hrs/80kms) or for half day (4hrs/40kms).

If any traveller wants to plan for weekend getaways or for a family leisure trip outside the city limits Tapscabs Car Rentals can arrange for a compact tour package. We take up group packages from Bangalore to connecting places nearby. We would send cars accommodating the size of the group. Outstation car rental service divided into three type’s services like: Roundtrip, One Way Trip and Multicity.

Chandigarh to Leh Cabs Tapscabs has its own attendance in chauffeur driven car rental division for more than 10 decades. […]

Delhi to Ladakh Cabs Tapscabs has its own attendance in chauffeur driven car rental division for more than 10 decades. […]

Chandigarh to Allahabad Cabs Tapscabs has its own attendance in chauffeur driven car rental division for more than 10 decades. […] 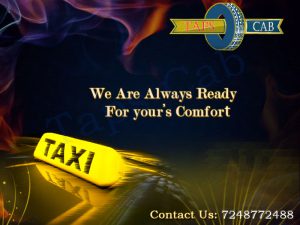 Taps Cabs travels represent the TAPSCABS.COM,Taps cabs is car rental service in India , which is the India's based online booking system of cab rentals in India as the master licensee of Global Travels. Taps cabs is India's largest cab rental company which offers a complete spectrum of Chauffeur Driven Services, to take care of all personal and business requirements. The range of services includes short-term car rentals, long term cab rentals, airport services, multi city journeys, local journeys- half day and full day usage as directed by the customer. Through cutting age technology, we provide a great deal in car rentals with guaranteed lowest price. We constantly provide new, clean cars with professional and experienced chauffeurs. Our 24x7 online reservation system offers you to hire car anywhere across India by just on a single mouse click. Bookings at tapscabs.com India can be made by logging on to the website, calling the 24x7 customer care center. As an online car rental company we guarantee our customer for a safe and sound journey across the nation.< Read More